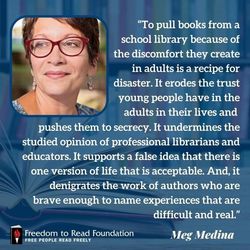 Policy KEC calls for the schools' "Literacy Councils" to review each challenged book through and established process. Are there even Literacy Council established at every OCPS school?  Teachers we asked had never heard of them or said they "had one years and years ago."

Please read the letter President Doromal sent to the School Board regarding banning books:

I am writing concerning book banning and the public announcement by the Moms for Liberty that they will now shift their focus from mask bans to book bans.

At the November 9, 2021 School Board Meeting, it was announced that the book, Gender Queer was removed from the libraries of OCPS high schools. All board members weighed in on the discussion and it was decided that there would be a work session or workshop for further discussion. I assume any work session would be held to discuss and propose changes to existing school board policies.

A November 3, 2021 article in The Orlando Sentinel reported that the books were removed from Boone, Dr. Phillips and Lake Buena Vista High Schools.  Leslie Postal wrote: “Superintendent Barbara Jenkins and her top staff learned of the book at that meeting, later reviewed it and decided it did not belong in OCPS high schools, the district’s statement said.”

Since the Moms for Liberty have declared book banning as their next attack on public education, it is important that the District thinks long and hard about censorship and the consequences of banning books.  Censorship of truth, whitewashing history and limiting sensitive subjects based on personal belief has dangerous consequences.

The national Moms for Liberty group’s list of books to ban include books with subject matter addressing LGBTQ, race, discrimination and science issues.  The following are some titles from their extensive list: MLK and the March to Washington, Ruby Bridges Goes to School: My True Story, Separate is Never Equal: Sylvia Mendez and Her Family’s Fight for Desegregation, Plains Indians, and Johnny Appleseed.

It appears that School Board Policy KEC Challenged Material Policy was not followed in making the decision to remove Gender Queer from three high school libraries. That policy states that concerns about the appropriateness of books be made with the principals in writing on a provided form. It further requires members of each school’s Literacy Council to review “challenges” and states, “Challenged materials shall not be removed immediately; such materials shall be available for student use pending a final decision.” The policy states that the Literary Council will review the challenge and make a decision to be presented in writing to the principal and area superintendent. Finally, it allows for a school board appeal.  OCPS District leaders appear to have ignored the School Board policy in the removal of Gender Queer. This is unfortunate, since book banning is a slippery slope and transparency and teacher-voice should be upheld in decision-making.

What has happened since that letter and others have been sent?

OCPS Attorney John Palmerini and Superintendent Jenkins defending the questionable removal of Gender Queer by stating they had a right to remove the book as it could cause a disruption to the classroom, citing the Tinker vs. Des Moines Supreme Court ruling.

Since then All Boys Aren't Blue was secretly pulled from library shelves and is currently under "leadership review". Lawn Boy and Born a Crime are under OCPS "committee review".

A School Board Work Session is scheduled for March 1, 2022 for the board to review their policies (which were  not followed) and take a look at the process.

Some articles about book banning in public schools:

UPDATE : OCCTA has added some "banned books" to our  Little Library at the Union Hall.  Please share and feel free to take. We have a supply to continue to stock the library! 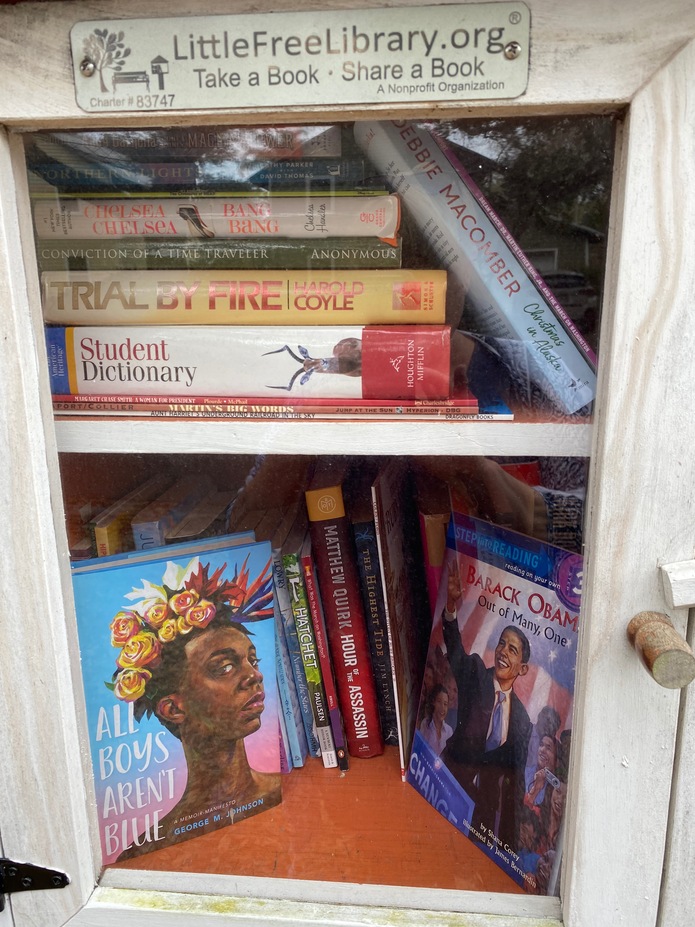 Some books the Moms For Liberty want banned:

Seahorse: The Shyest Fish in the Sea

MLK, Jr and the March to Washington

Pushing Up the Sky: Native American Plays for Children

The Story of Ruby Bridges

Separate is Never Equal: Sylvia Mendez and Her Family’s Fight for Desegregation

Thunder Rolling in the Mountains

The River Between Us

We are the Ship: The Story of the Negroe League Baseball

Why Mosquitos Buzz in People’s Ears: A West African Tale

What Do You Do With a Tail Like This?

The Buffalo Are Back

Journey of a Pioneer

The Story of Johnny Appleseed