Each year the Howard Fenner Scholarship Committee sends out a call for applications from high school seniors who are children of OCCTA members and demonstrate a genuine need for college financial assistance. Each OCCTA member contributes $4.00 of their annual dues to the Howard Fenner Scholarship Fund. Since our numbers are growing, this year OCCTA will be able to award $28,000 in scholarships, which represents the largest pot ever!

Howard E. Fenner was born in 1909 in Pennsylvania. He was an OCCTA member who taught science at Maitland Middle School in Orlando for 19 years. He served as the President of the Orange County Classroom Teachers Association.

“In 1966 Howard died at the age of 56. As a tribute to him, the school where he taught was suspended for his funeral. There were approximately 300 people in attendance at his funeral comprised of family, friends, cohorts and adoring students. . . The entire school system in the Orlando area was shocked and saddened by Howard's death, so much so that they started a scholarship fund in Howard's name. The Orange County Classroom Teachers Association created The Howard Fenner Scholarship and presented the first scholarship to Susan Fenner for a four-year college scholarship. Every year since 1966 children of OCCTA members have received scholarships.”

For those wishing to apply, please print the Howard Fenner Scholarship application  and submit it following the directions. 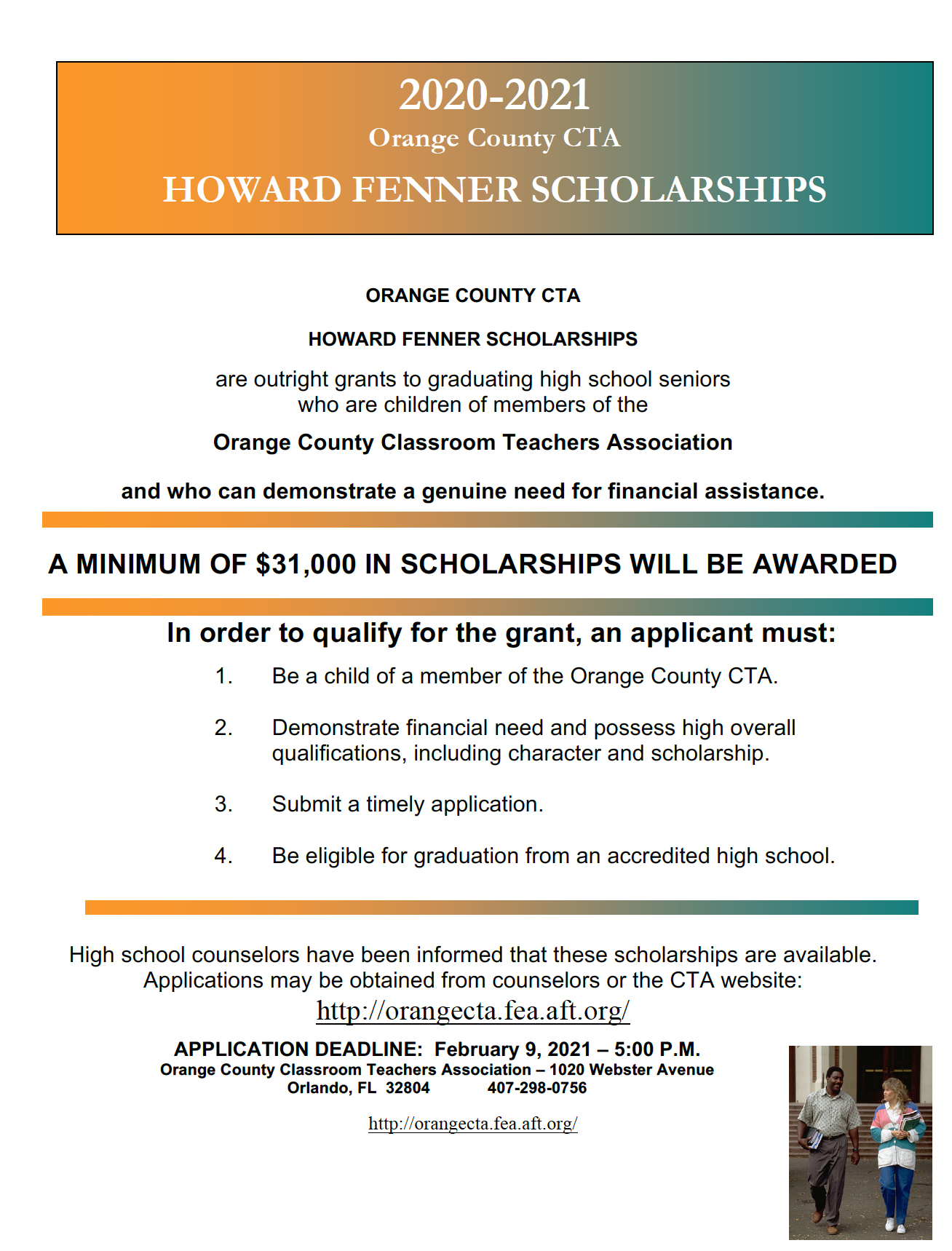 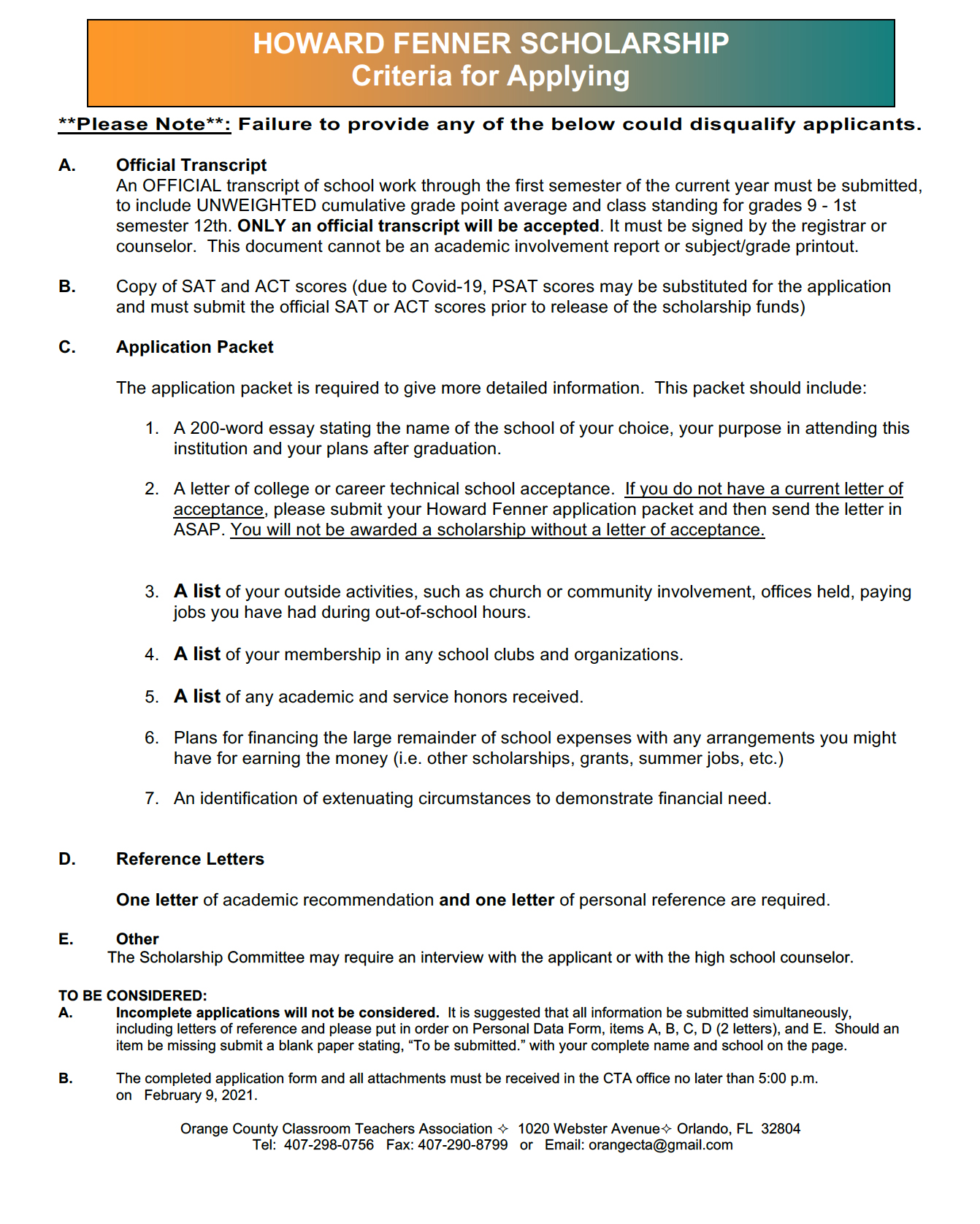 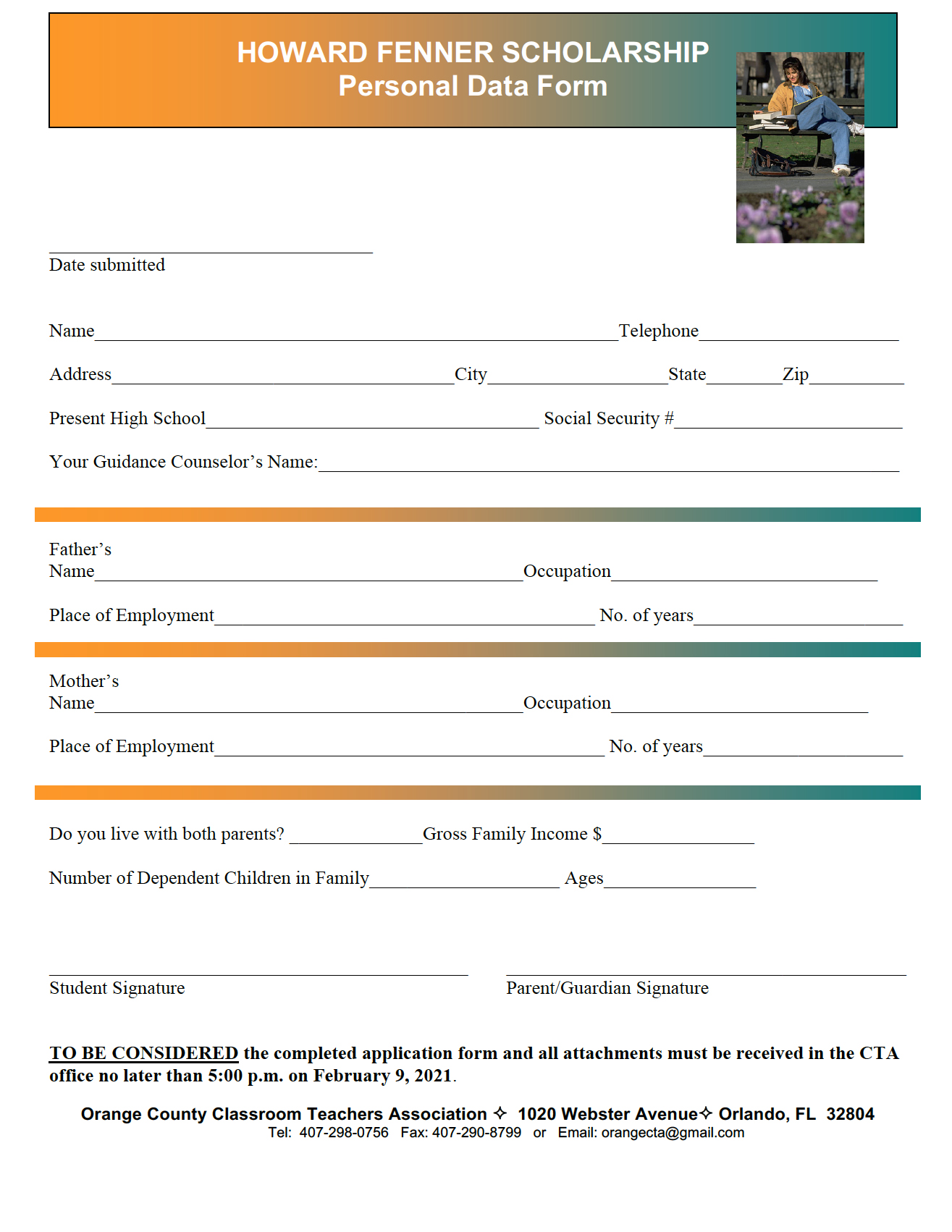