Florida Department of Education Commission Richard Corcoran's September 23, 2021 Letter to the School Board

outlines the new parent-choice quarantine rule and threatens to withhold funds of schools board members if they do not comply with the state's parent choice mask rule.

The Superintendent and School Board Chair replied with a letter on September 24, 2021 that argues every point that CTA made when fighting for health and safety provisions at the bargaining table! Letter below: 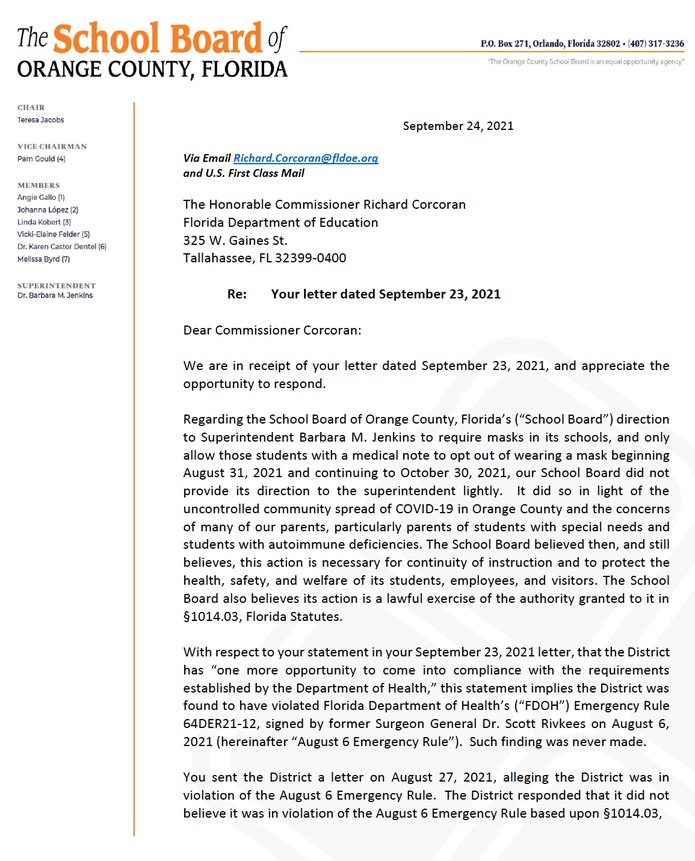 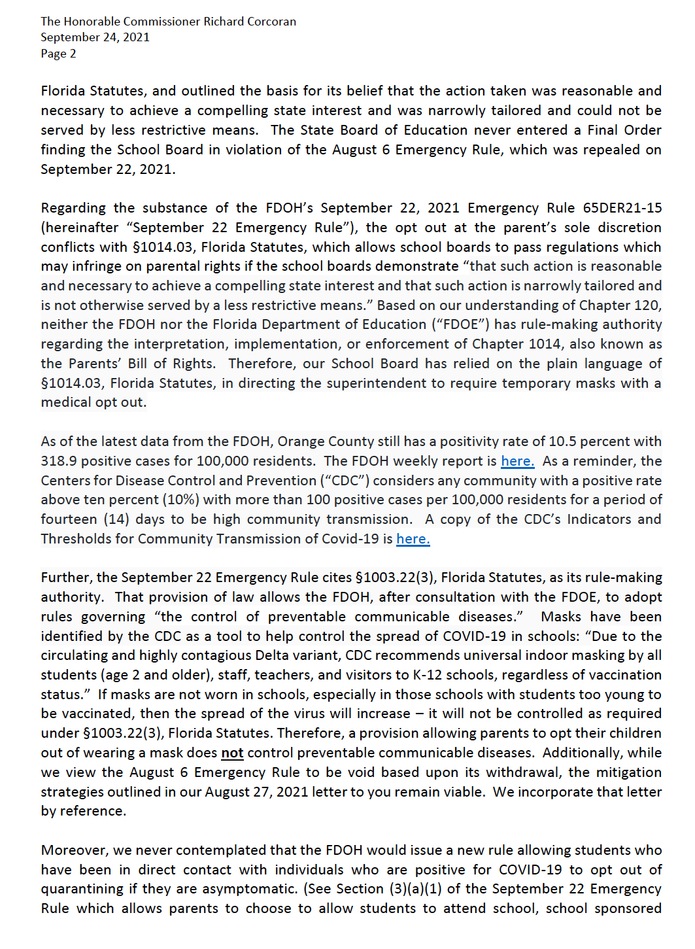 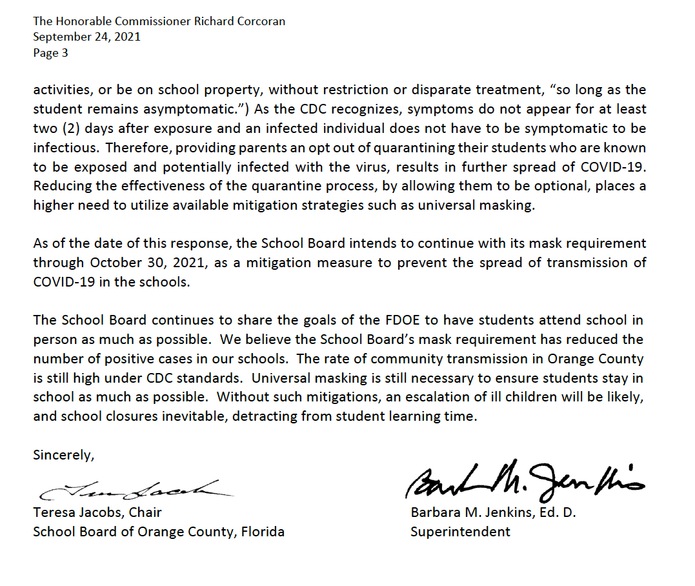 In their first four-page letter to Commissioner of Education Richard Corcoran, dated September 1, 2021 Superintendent Barbara Jenkins and Chair Teresa Jacobs echoed CTA's arguments for adopting the universal mask mandate in defending their policy. (Read the September 1, 2022 letter at THIS LINK)

On page two in their second argument they parrot CTA's argument that children under age 12 are not yet eligible for vaccines, therefore more protections must be in place.  From the letter, "However, students under the age of 12 are not currently eligible for the vaccine, meaning control of the virus is especially difficult in elementary schools."  Sounds just like the CTA President, yet the district refused to negotiate in good faith on an agreement to provide health and safety protections for students and teachers.

Other elements in the letter were repeatedly highlighted by the CTA President in the unsuccessful bargaining sessions - the high positivity rate, the increase in cases among young children, the surge due to the Delta variant,  etc. This is exactly what CTA said when we presented the District our proposed Memorandum of Understanding with a universal masking provision before students returned to classes. The very proposal that the District rejected because “The School Board and district leaders need to maintain control and must have the opportunity to pivot when they want”, according to the District's chief negotiator. So how did that work out? The positive case count in August 2021 (3,910) surpassed the total positive case count for August, September, October, November, December and the first two weeks of January for the last school year.  The District duo even used that same CTA mantra in their letter.

At the early August bargaining meetings CTA reminded the Chief Negotiator of the School Board's duty to provide health and safe schools. That same argument was also included in the letter.

The glaring difference in the District's letter and CTA position is that one essential element is missing. Their letter does not even contain the word "teacher" - not once.

Sometimes the people who insist on maintaining control (rather than negotiating and bargaining in good faith) can steer you right over a cliff.  That is just what happened when the District rejected CTA's proposal, and as they admitted in the letter led to 3, 910 positive COVID-19 cases in August.

Read the letter below: 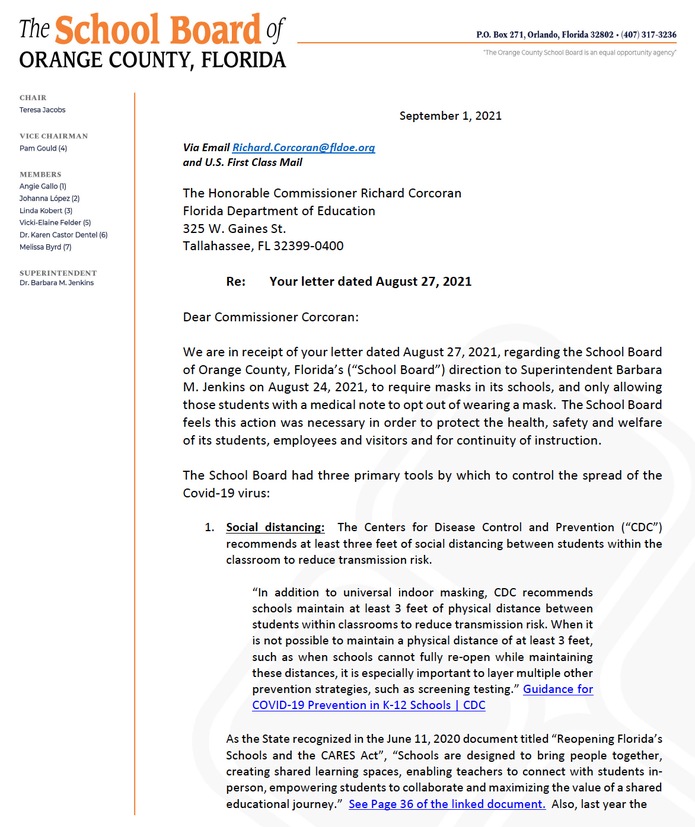 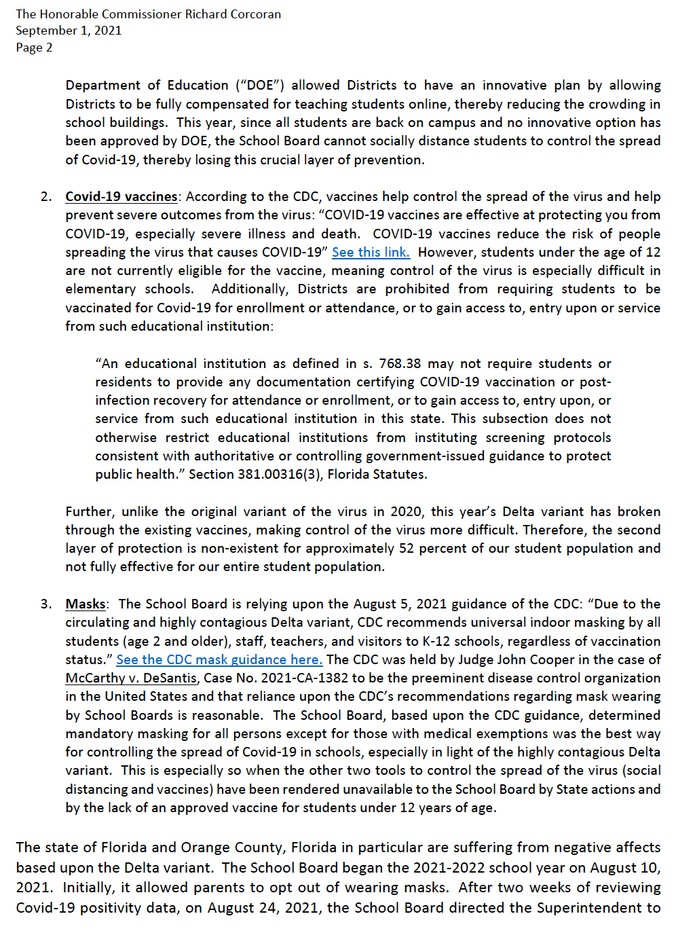 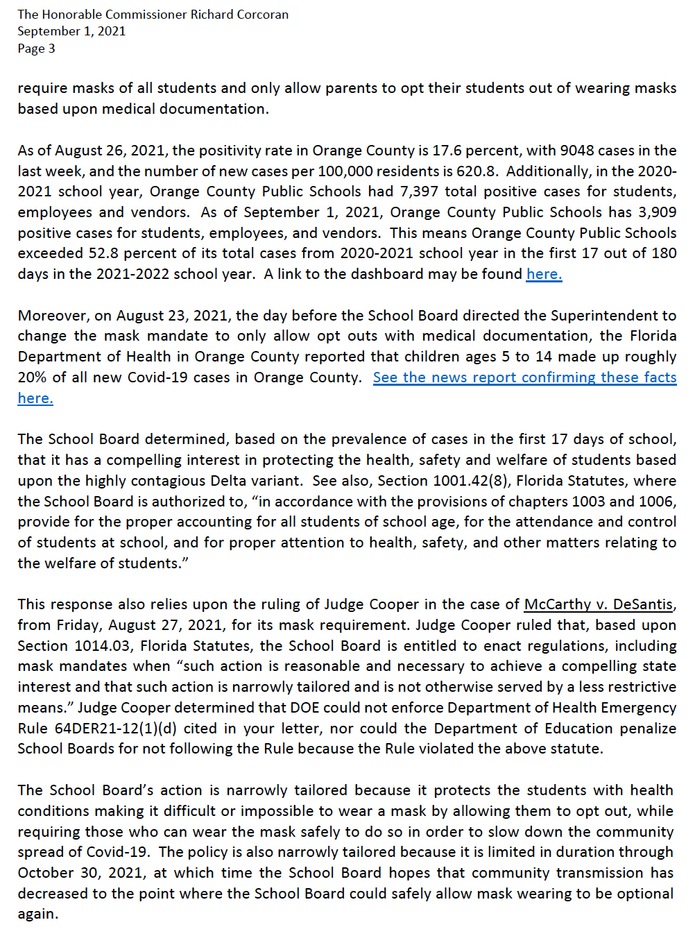 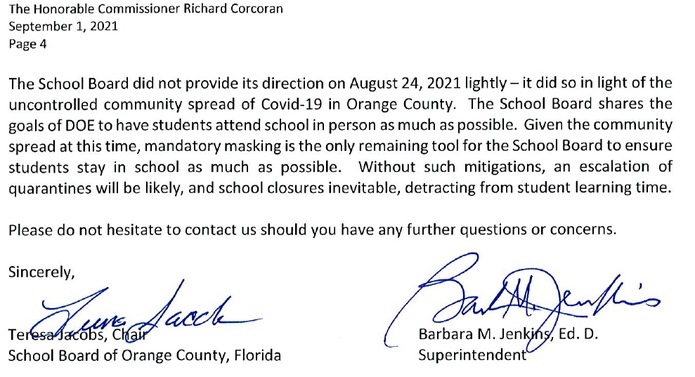